A few years ago, I wrote a paper with a number of colleagues on using hemostatic nanoparticles to improve survival after blast trauma. It took a sizable team to do the work. One of the interesting things about the team was that the vast majority (5 of 7 authors including the lead and all of the senior authors who directed the project) were women.

The paper drew a certain amount of attention, and writers called asking about the work. Science writers are extraordinary people: they work extremely hard to be both accurate and exciting. After asking about the work, they always asked if I had anything else I would like to include. I pointed out that the team was predominantly female. It never made it into any of the articles.

A short while later, I found out one of my colleagues was doing human interest stories for a news program. I asked her if she’d be interested in the story of a bunch of science chicks who were developing new approaches to treat blast trauma. She was interested and said she would pitch it to her bosses. I never heard back.

I would love for the gender of scientists to not matter. I would love for it to be just about the science. But, it isn’t. Eigenfactor.org is a useful website for digging into publication data. Between 1990 and 2011, 29% of authors on publications in molecular and cellular biology were women. Approximately 33% were first author. However, only 16% of senior authors were women. We see similar trends throughout the ranks in academia.

Many have argued that these statistics represent women’s choices. I find it fascinating that whenever we see a population underrepresented in a field, we blame that group for its poor representation. I once had a dean ask me what the appropriate number of women in a department would be. I didn’t have the guts of Justice Ruth Bader Ginsberg to state that all of them should be women. I suggested that it should be the same percentage as the percentage of women who got PhDs in our field. In engineering in 2014, 19% of the PhDs awarded were to women, according to NSF. I was told that was an impossibly high number. Women do not want to be faculty, and we should adjust the numbers accordingly. What, then, would be a good number?

The PhD is incredibly empowering. When academia does it right, students come in with some knowledge and learn how to build on that to be independent scientists who can ask their own questions and search for their own answers. Here’s the problem: once you start asking questions, it is hard to stop. Why aren’t there more women on the faculty? Why is it always blamed on the women who “Just don’t want to be professors”? As researchers, we should look more broadly and consider all the options.

I want to work with people who care about science and work hard. Those two qualities do not correlate with a particular gender. Sure, I have students who have a natural affinity for pathways or MATLAB or synthesis, but none of those affinities can be generalized to gender, race, ethnicity, orientation, or any other perceived component of a person. 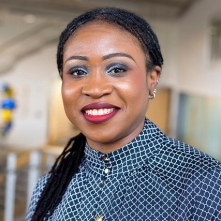 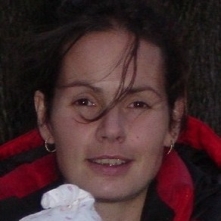 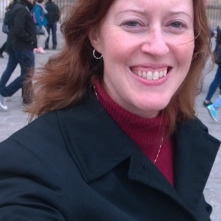 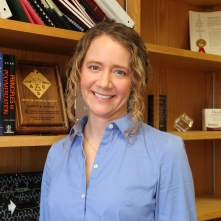 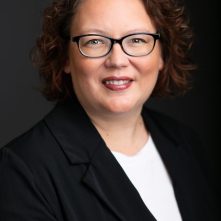